What does “Hover Intent” mean?

The default Event option is “Hover Intent”. This option can be found on the Appearance > Menus page. 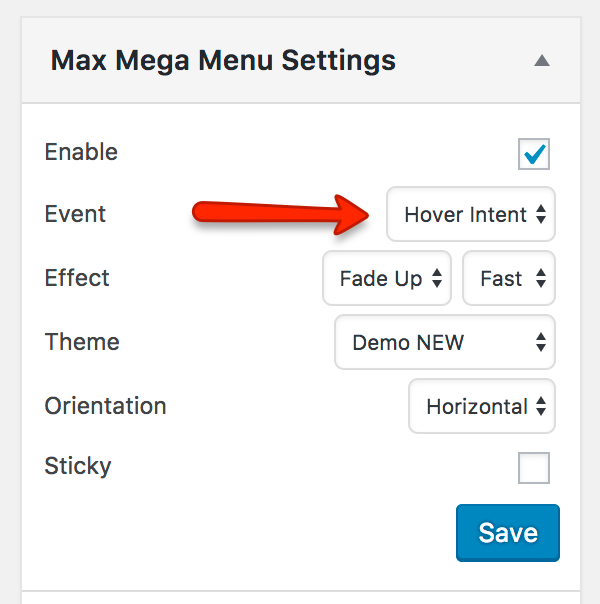 Hover Intent is described as “a plug-in that attempts to determine the user’s intent… like a crystal ball, only with mouse movement! It is similar to jQuery’s hover method. However, instead of calling the handlerIn function immediately, hoverIntent waits until the user’s mouse slows down enough before making the call.” – Source

If you do not want any delay before showing the sub menu, set the “Event” to “Hover”.

To override the default hover intent timings, add the following code to your theme’s functions.php file: